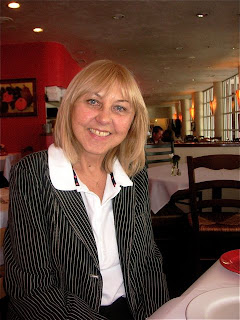 Jarka from Toronto, is visiting for a few days.

She arrived at SFO at mid day and first on our agenda was lunch. Since the Giants were out of town, I decided to take her to Town's End, near AT&T Park, for lunch. When the Giants are away, the restaurant is relatively uncrowded and there is plenty of available nearby street parking. 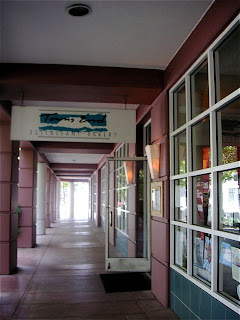 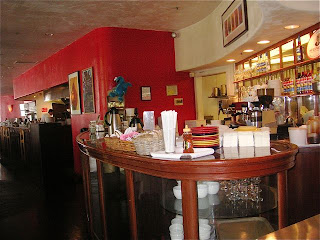 Some of you readers will recall that I took Amy here in April after picking her up at SFO...it's a good choice as the food is tasty, fresh, and there is a wide variety to choose from.

We shared a homemade turkey sandwich and a green salad...just the right thing. 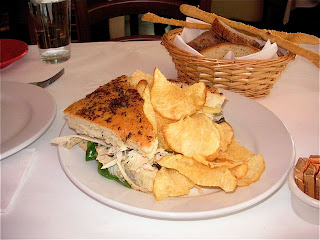 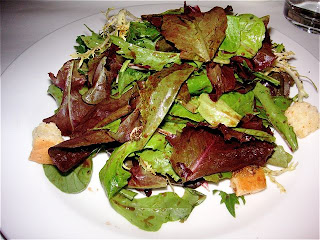 Then we did a driving tour around San Francisco. I followed the Bay waterfront past the Ferry Building, Pier 39, Fisherman's Wharf, Ghirardelli Square, and, finally ended up in another of my favorites, Crissy Field.

We parked near the Warming Hut and walked to Fort Point, which besides being a defense point for American many a year ago, is one of the San Francisco landmarks that appeared in Alfred Hitchcock's "Vertigo." This is where Kim Novack falls/is pushed into the water. 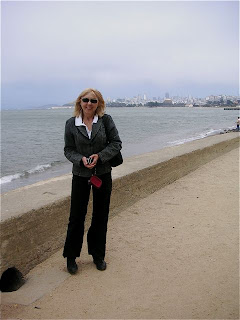 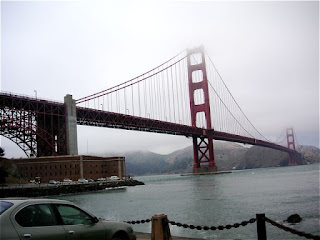 Where we were has a unique view of the Golden Gate Bridge...we were practically under it, and looking back to the East, of the downtown San Francisco skyline. 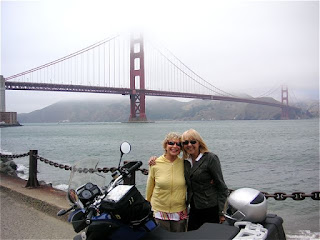 In case you are wondering, we were not touring on a motorcycle. We got to talking to a guy who was doing just that and after we took photos of him, he reciprocated and we thought it cool to include his bike!

We drove back toward the Bay Bridge through Chinatown, and North Beach, and even took the time to drive down Lombard Street. Jarka took photos, but, as driver, I decided it was not a good idea for me to do the same...when I get her photos, I will share.

Finally, we got home to my homemade pork enchiladas and a spinach and strawberry salad.
Posted by Where-To-Guide at 11:39 AM