Saturday was our Cooking-With-Friends night. This time it was at our house.

As many of you know, 5 of the six of us worked together many years ago and we started making meals together. Now, probably more than 30 years later, we are still friends, still cooking together, and still laughing a lot whenever we are together.

We get together every 3 or 4 months. There is no advance planning other than determining a date. The host house makes the main course, the others bring appetizer or dessert. We rotate from house to house.

Our dinner started with Arlene & Jim's Bacon-Wrapped Goat Cheese Stuffed fresh figs on a bed of Arugula salad. The two Jims grilled the figs on our barbeque. 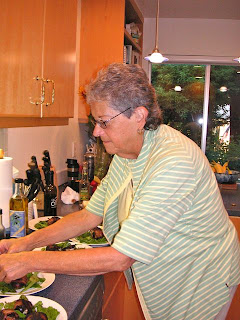 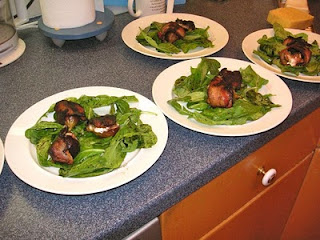 Arlene and Jim bought the figs and arugula that morning at their Farmer's Market. 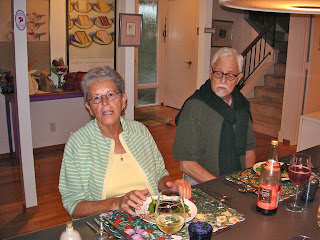 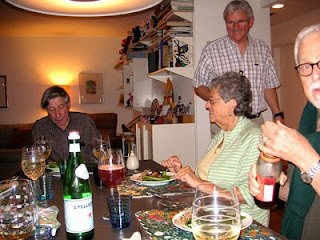 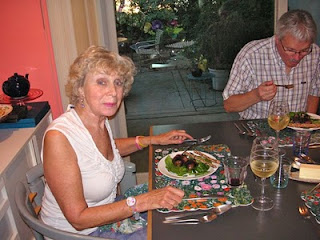 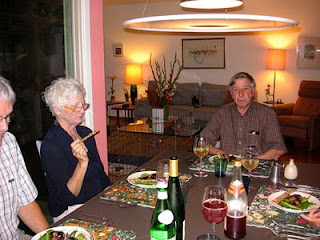 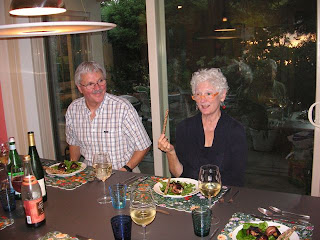 Next was the entrée by me and Jim: Chicken with fresh Tomatoes and Portobello Mushrooms. 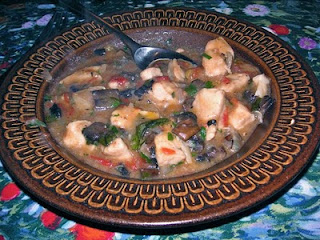 Our side dishes were fried fresh Padron Peppers, Red Corn on the Cob, and Garlic Cheese Bread Sticks. 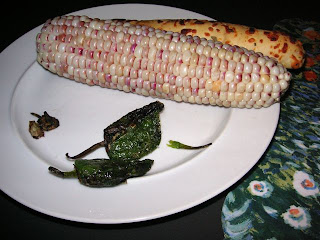 In case you want to make the Chicken dish, the recipe is on Whole Foods website; it's a version of Chicken Marengo, a dish that was named by Napoleon in 1800 after he defeated Austria in the town of Marengo in Italy...this is what he ate after the battle!

Padron Peppers seem to be the trendy vegetable of summer. On our recent Napa Valley vacation, we saw them on the menu of just about every restaurant where we ate. I find them at Farmer's Market and also in Whole Foods and Diablo Foods...buy them as small as you can as the bigger ones can be hot. 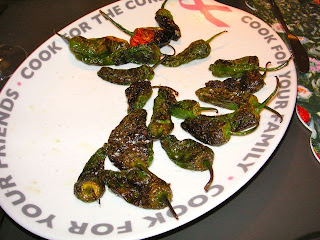 Dessert by Colesie & Frank was an amazing Meringue "cake" with an equally amazing Creme Anglaise-like sauce. 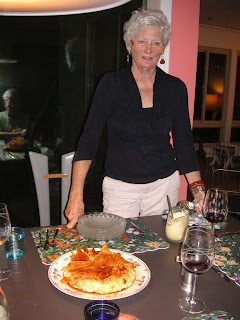 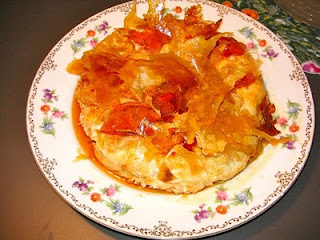 We lingered over dessert and enjoyed our perfect evening with good friends, good food, and good wines. 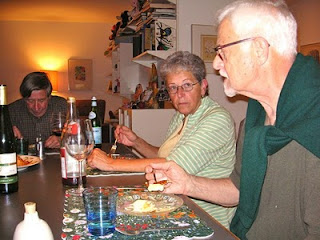 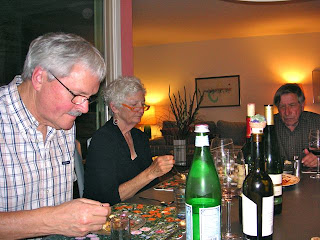 Bon Appetit!!
Posted by Where-To-Guide at 3:19 PM No comments:

AN EXCITING MORNING AT TARGET 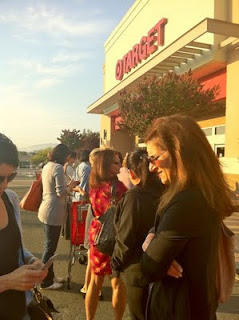 About the only time you'll find me lined up in front of Target before opening time (8 a.m. for my local Target) is for Christmas sales.

But there I was this morning at 7:45 a.m, along with my 100 or more new BBF's, most of us with shopping carts, waiting for the doors to open. Most of us were women, many very nicely-dressed women. One poor man was in line behind me, puzzling over why there was a line halfway around the parking lot; he stops here each morning for coffee before heading to work and always simply walks in the door to the in-Target Starbucks.

So, what brought me to Target in the early hours of a mid-September day...what was enough to make me skip my Tuesday morning bike ride?

TODAY IS THE FIRST DAY OF THE MISSONI FOR TARGET line of clothing for men, women, & kids, housewares, shoes, luggage, electronic accessories...and on and on. And, Target is featuring this special designer line for just a month or so. Missoni is a distinctive and very expensive line of Italian knitwear that is best known for its colorful zig zag chevron patterns. 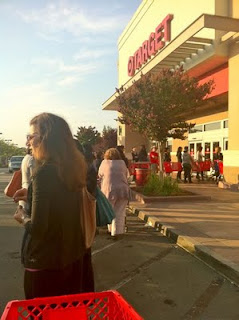 At 8 a.m., the doors opened and we all set out...there was danger of being trampled or run over by a shopping cart.

Women's clothing is right by the door and that's where many of us stopped. It was not a matter of picking and choosing, but, rather, a matter of grabbing everything I could get my hands on and tossing it in my cart.

Then I started going through the store...picked up some cereal bowls here, some lingerie there, some socks, some tights, a nightgown, dinner plates, a serving tray, a throw pillow, some dish towels, and who knows what else. It was a true shopping frenzy.

By the time I got to shoes, all the women's ballet slipper shoes were gone. A few pair of pumps and rain boots remained.

I made another quick pass by women's clothing, hoping some items might be returned to the racks...not a chance; in fact, by 8:30, most of the racks were bare. About an hour later, some Missoni coats were set out, to be swooped up immediately.

Groups of shoppers met up with their friends and traded. 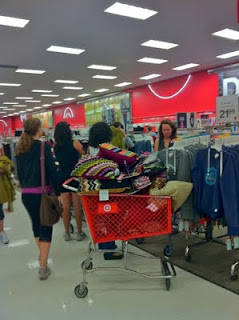 Trying on my stash of clothes was out of the question because one is only allowed to bring 6 items into a dressing room at a time. The dressing room attendants would not watch our carts and no way was I going to leave mine unattended.

So, the next activity was to go back to the mode of my youth when my mother took me shopping in Filene's Basement in Boston. With no dressing rooms, you just try on the clothes on the sales floor.

I found a mirror and started trying on stuff over and under my clothes. There were a few of us at my mirror so we traded and critiqued. Eventually, I narrowed my selections down to those which I'd either keep for myself of give as Holiday gifts.

At checkout, all of us in the lines had shopping carts piled high with MIssoni items. I spent a lot of money for my cartful of "stuff" but my total was far less than the cost of one "real" Missoni sweater and my purchases included three Missoni for Target sweaters.

I paid and am home sorting my stash. What a wonderful day!!!
Posted by Where-To-Guide at 3:10 PM No comments: